Between the wide 30 year time period of the 1930s through the 1950s, pattern publishers had a tendency to partially name their patterns after current events.    Many times the design style may have something in common with the subject, and sometimes, no real commonality at all.

A good example of this is the Crochet Sailor Hat, which started cropping up in the early 1930s in pattern books and magazines and albeit disappearing in title mid 1950's.   The correlation here?   Well, World War II of course.    Times were frugal, the populations were supportive and pattern companies, wanting to sell patterns, certainly played on the symbolism.  After all, who wouldn't want to crochet a hat so named in honor of a loved father, brother, son, etc.   Here are a few examples from my current pattern listings.

Palm Beach Sailor - This design from 1934 and ties in both the sailor design (which it obviously is), and Palm Beach.   I'm not sure what, but apparently Palm Beach was either in the news, or perhaps, just the place to be.

Wide Brim Cartwheel - Resemblance to a Sailor high is, well, NONE.   But, it was 1939 when Spool Cotton Company released this, and they had to a reference in.  And, how did they do that you might ask.  Well, in their official description.  " Look like a picture of fragile femininity in this luscious lace creation - a wafer thin sailor which you can wash just the way you do a lamp-shade" 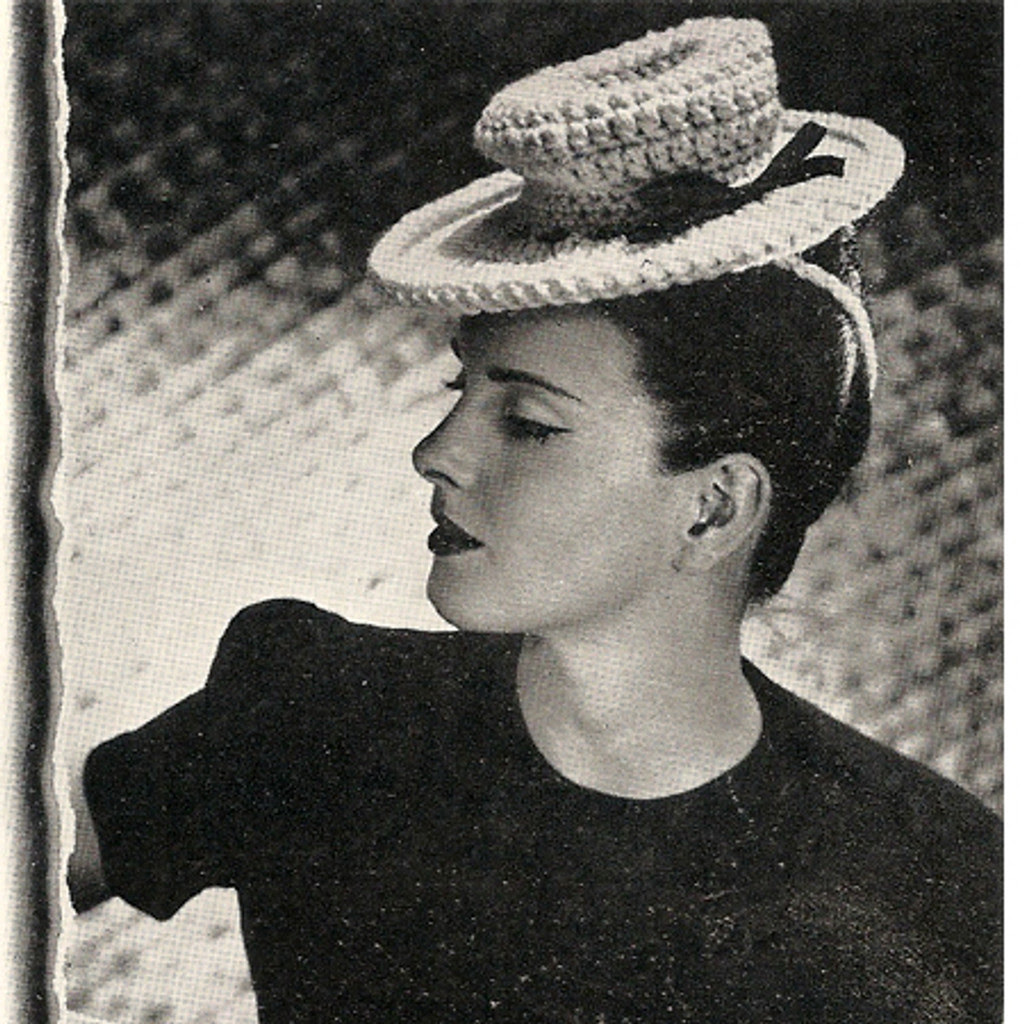 Classic Sailor Hat - brought to us from the Spool Cotton Company in 1943.

Sailor Beware - A design hat from Jeanette Styles, released in 1942.   The pattern has several variations, which could have led to a variety of names.

Nylon Sailor Hat  - American Thread also get in the name game with this entry in nylon cord, in the early 1950s. 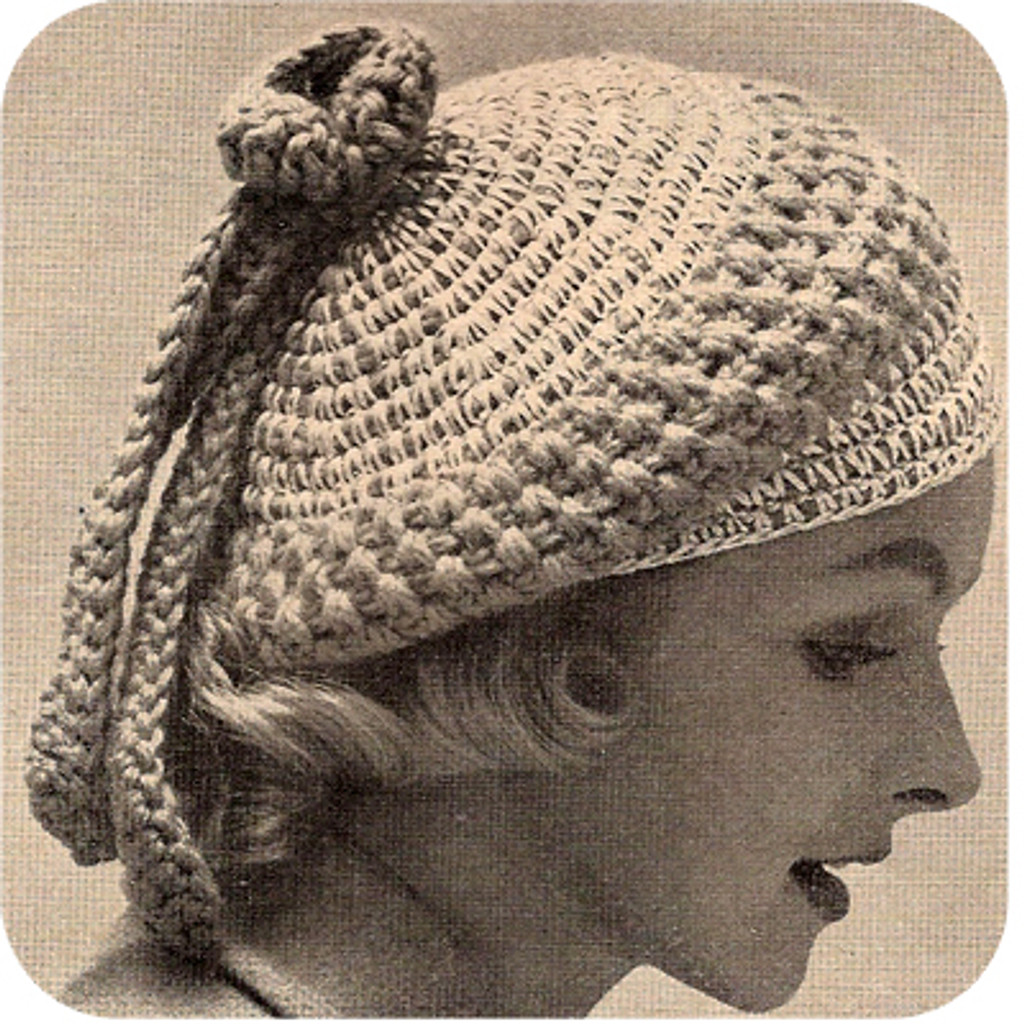 Sailor Boy - Just a bit late for the Sailor Name Game, didn't stop Dritz from putting the name on this Beret in 1956.

Now, that's not to say each of these designs don't have some merit.   They are all crocheted and they all have some commonality ... even if it's in name (or description) alone.  I have several thousand more patterns standing by to be processed and I've no doubt there will be more.    If you want to check to see if I have more, try a search of "Sailor" in my shop  (this will bring up other sailor-ish items as well).

Thanks for dropping by.
Lorrie
No comments:

​In 1956, Lily Mills issued their pattern Design Book 79, which they simply titled Doilies.    The selling price was a whole 10 cents.  Only somewhat true to the theme of doilies, the booklet, also include a couple nice place mats as well as a chair set.   If you'd like to see more, just get yourself into a comfortable spot and settle in for the photo journal that is about to follow. 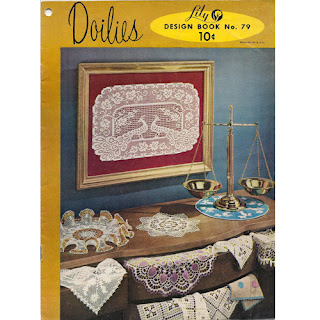 As typical in these pattern booklets, the front page shows a number of the patterns included in the booklet.  In this particular case, all nine designs 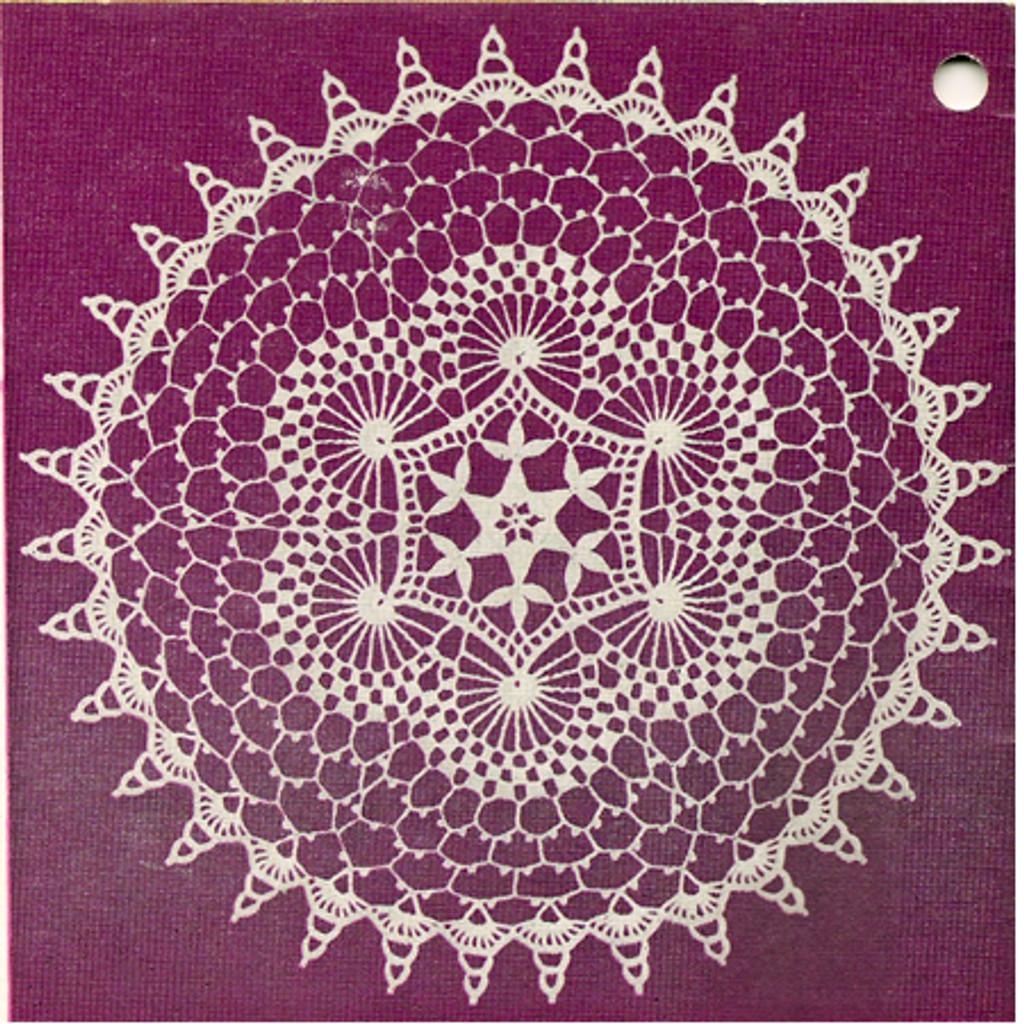 Swirls Doily - Round upon round of intricate lace all in 12-1/2 inches. 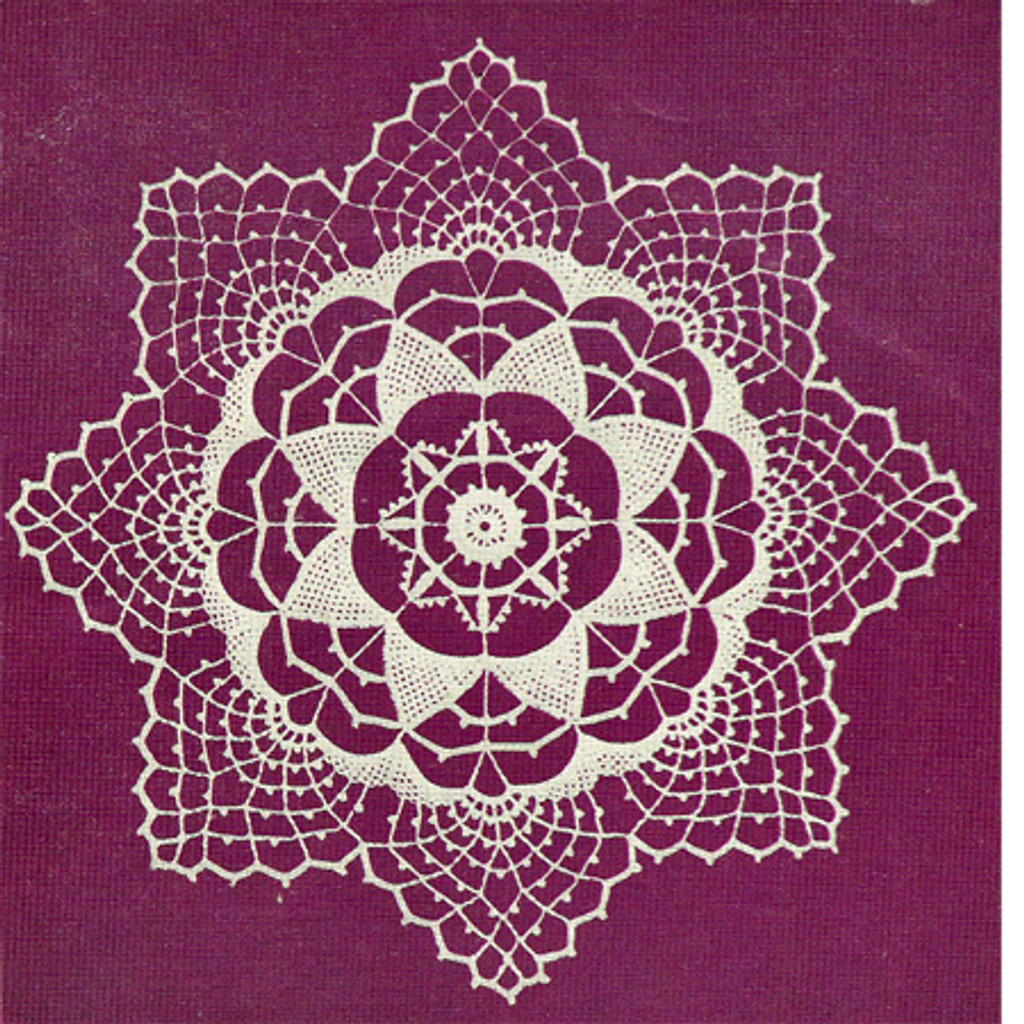 Pointed Harmony Doily -  I see here a hint of floral, a hint of hearts and wonderful lacy effects. 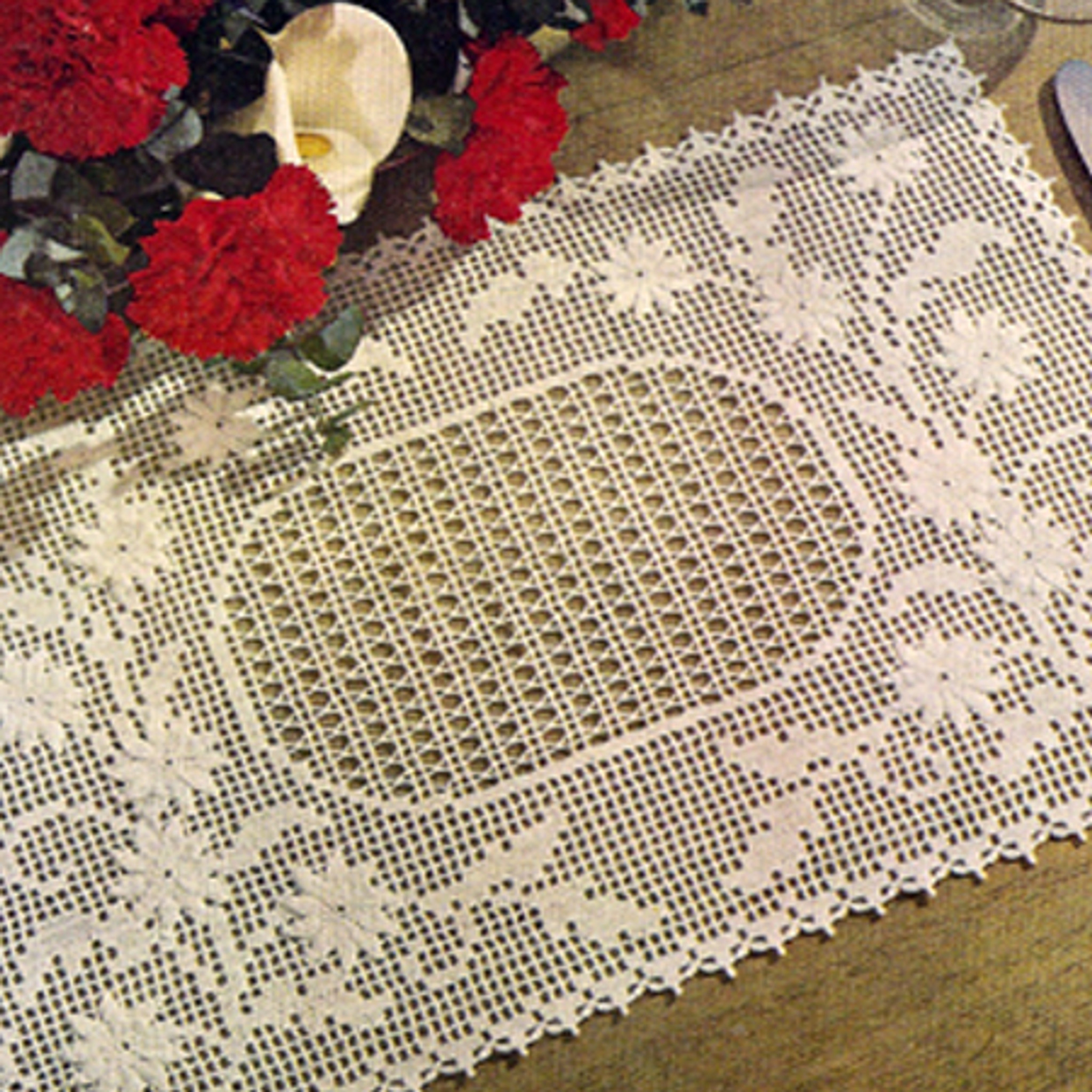 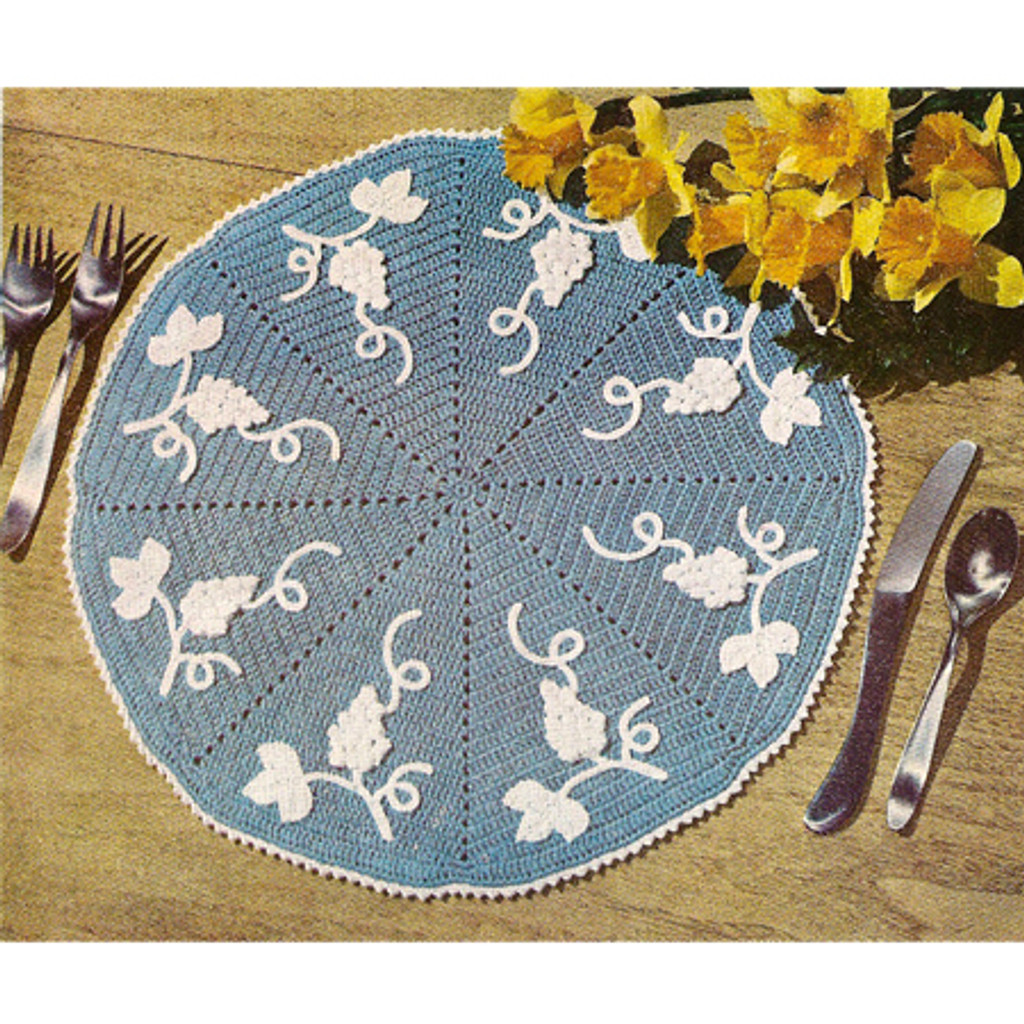 Grape Mat - a round variation of the Place Mat, this one features a nice grape spay in each quarter. 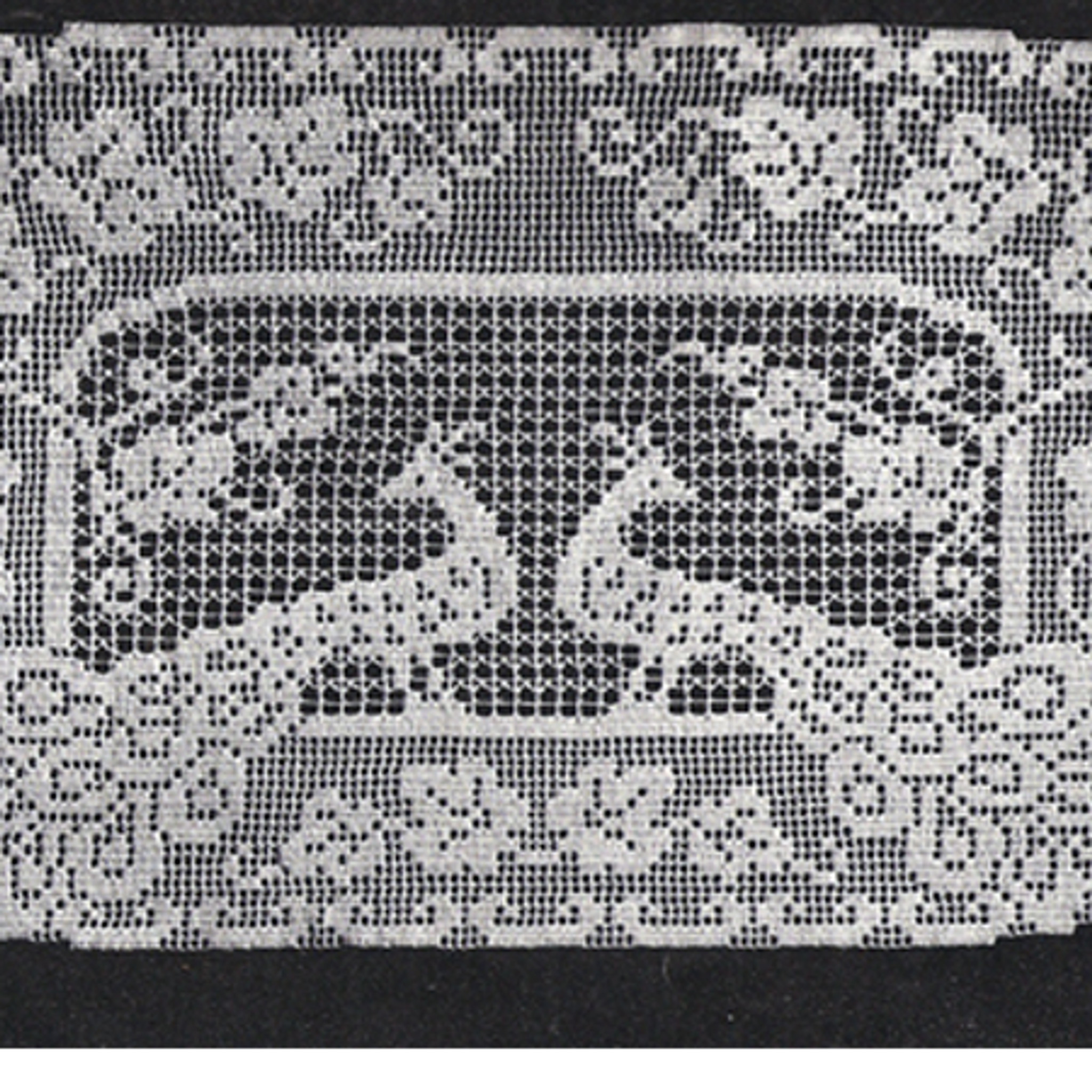 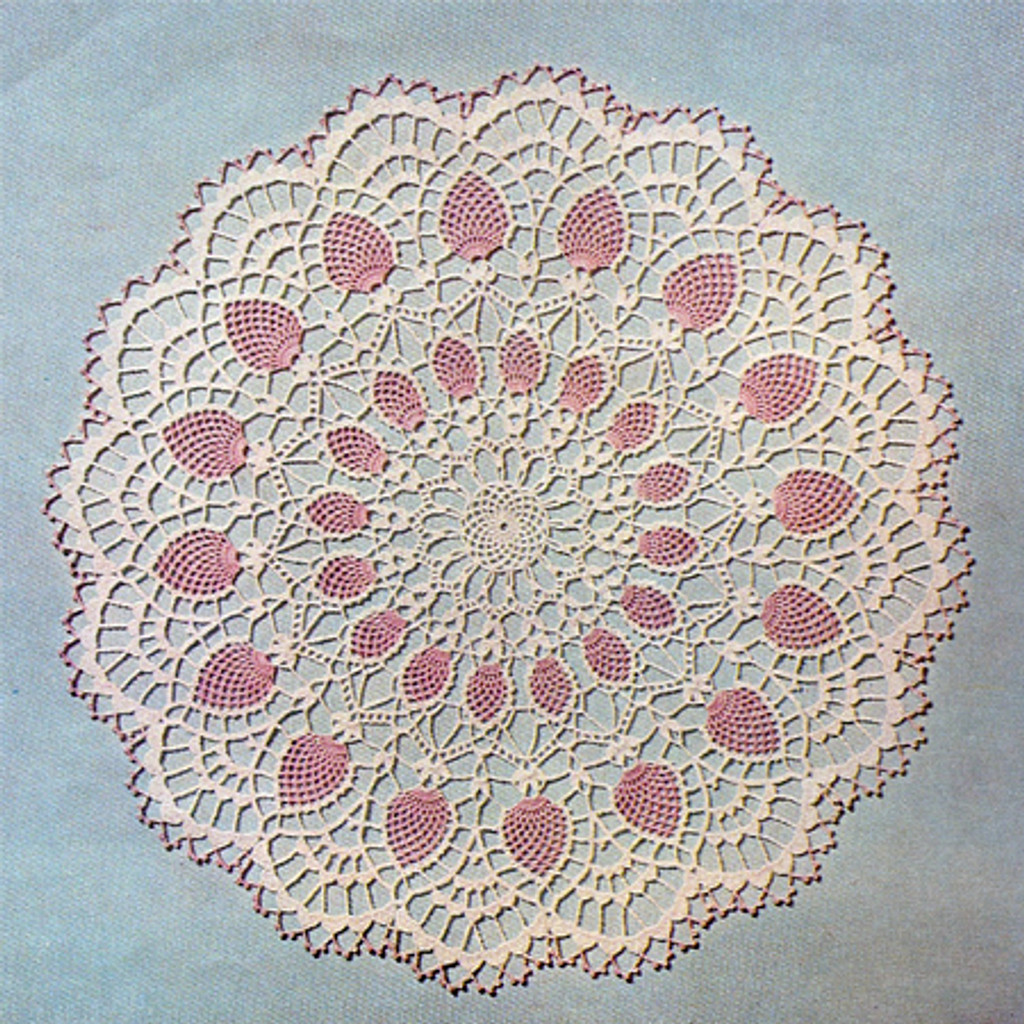 Pineapple Centerpiece - Pineapples in a contrast color add pop and
appeal to this 17 inch centerpiece. 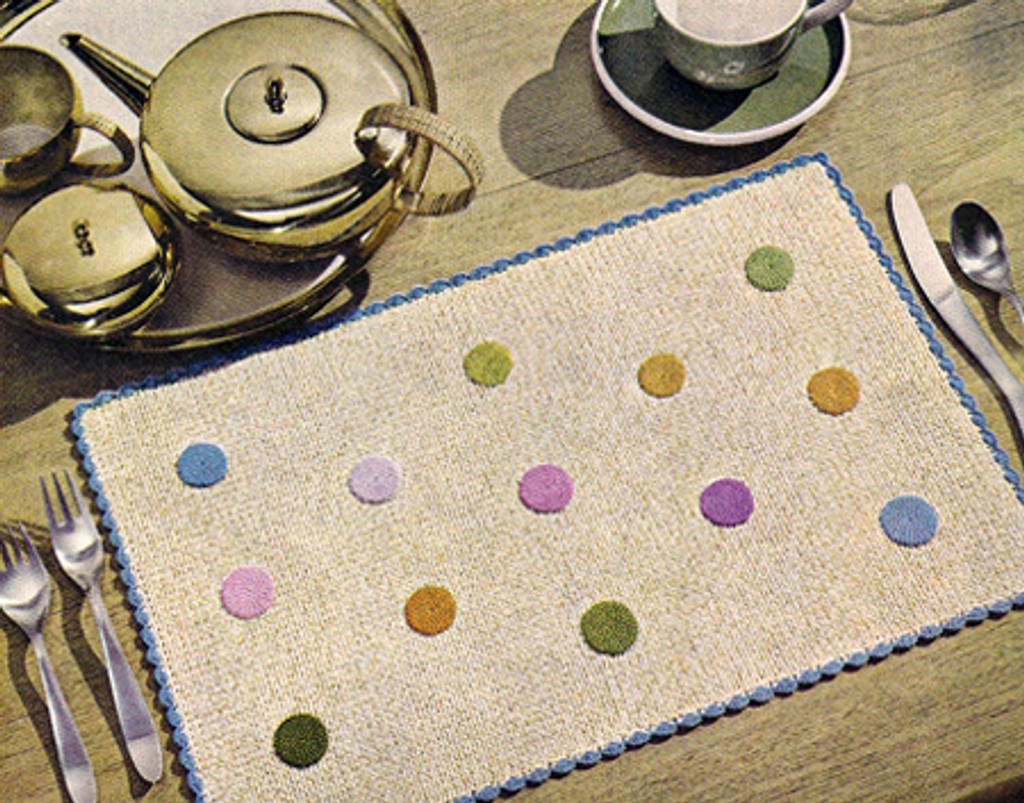 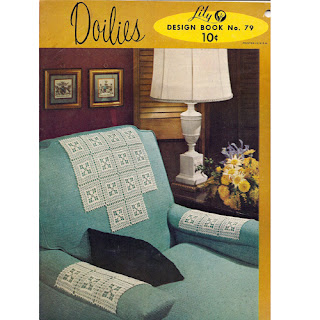 Chair Set - The back cover gives us a simple chair set made of square motifs that could easily be extended to becomes scarves or cloths size of your choice.

And that's it; all eight patterns featured in the booklet.  I do have to say it is a nice collection of different design and stitch techniques.   Several pieces are of framing quality, and I could easily see the chair set becoming a quite attractive bedspread.  And, the Grape Mats should certainly be used in entertaining with a Wine bottle right in the middle.

Should you be interested, these patterns are in my shop individually; there are links below the pictures.   Either way, I hope you enjoyed the photo journal.

Thanks for dropping by,
Lorrie
No comments: