Almost every day I go into my 'pending bin' of Mail Order patterns and randomly pull out one or two to process for the shop.   Today, as timing would have it, I pulled out Alice Brooks 7447 ... right before Easter. 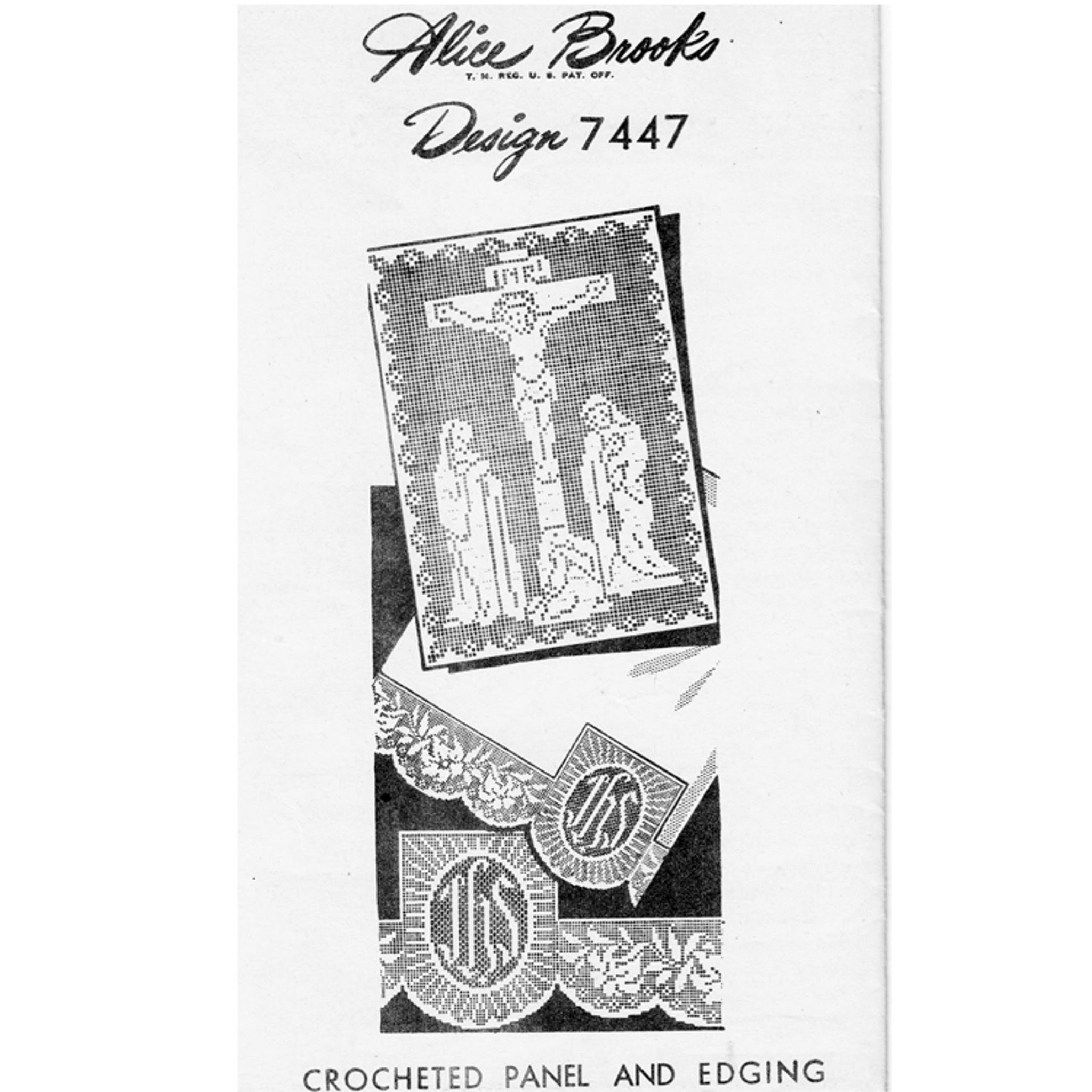 This is Alice Brooks 7447, Crocheted Panel and Edging.  I spent a fair amount of time searching for timeline, but, interestingly enough didn't find any tracks.  Judging from the paper and print, I'd would estimate as mid to late 1940s.

I did find, however, the pattern under a different identifier -- 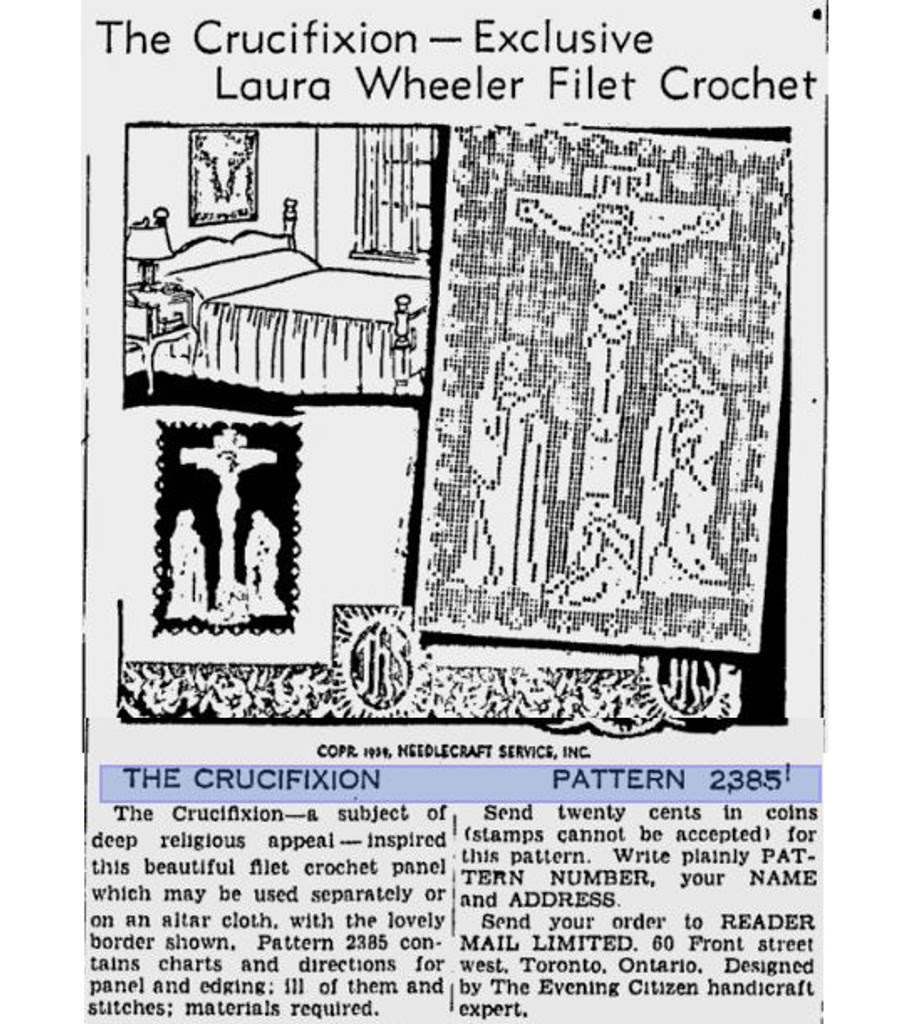 Laura Wheeler 2385 was issued in 1939 as a Reader Mail Limited Design.

So, it was first marketed as Laura Wheeler 2385 in 1939 and then re-released as Alice Brooks 7447 in the late 1940s.   It's a splendid design, which I'm surprised was not released or duplicated in some aspect more frequently.

Oh, as a sidenote, I frequently say 'based on paper and print'.   Where do I get this?  The late 1930s and 1940's were the war time era.   Paper sizes were very small with tiny print ... keeping publishing and mailing costs as low as possible.   Going into the 1950's, both the paper size (remember these are large fold out one page patterns), and print became larger.

Thanks for dropping by,
Lorrie