Recently, I purchased a lot of knit/crochet patterns from an Ebay seller that  turned out to be absolutely delightful.   They were simple described as old 1940s patterns from magazines and newspapers.  This they were ... and so much more, that I'm sure  will result in dozens (and dozens and dozens) of blog posts over the next few months as I route through and organize them.

Let start with this pattern.  It is a clipping from an unidentified magazine.  Just one long narrow strip with tiny 2 x 3 inch pictures (thus the grainy look). 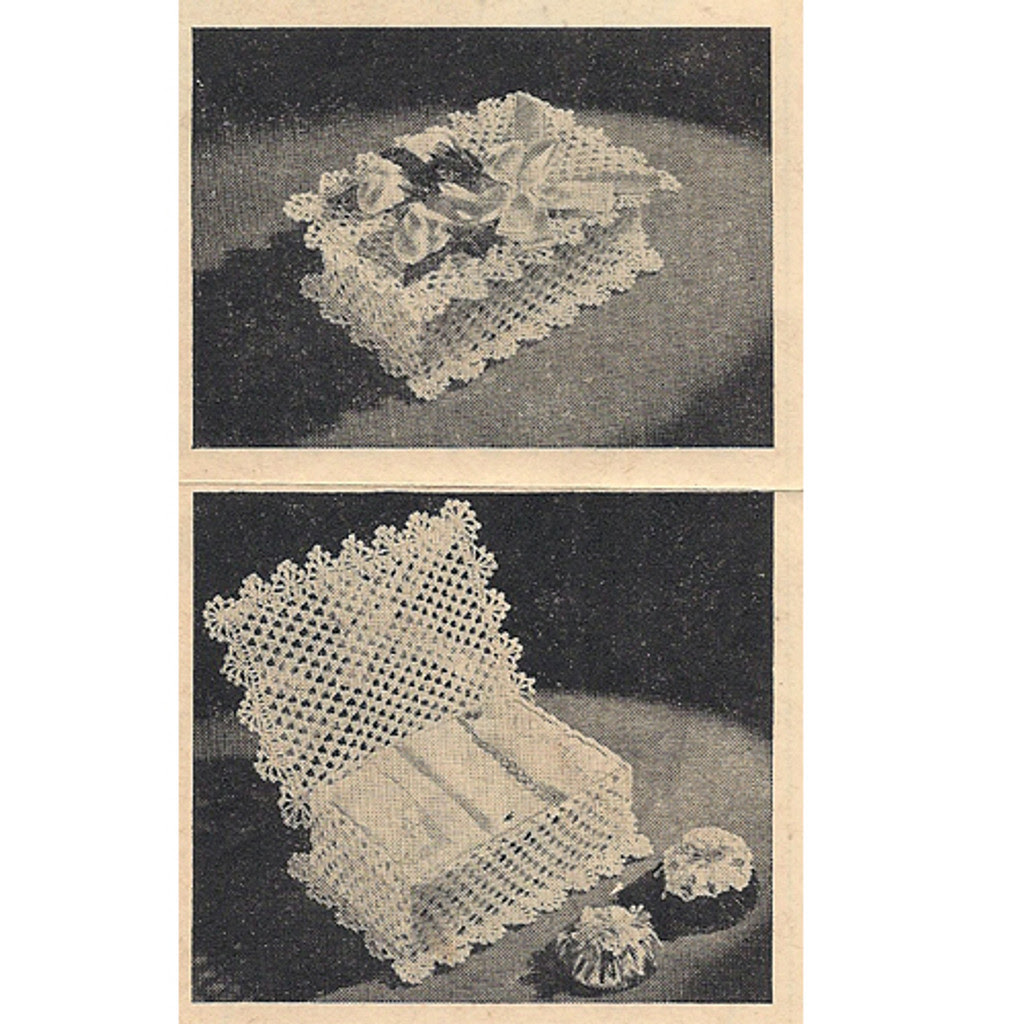 It is titled - CROCHETED FANCY - A Dressing Table Delight.

The pattern stitch couldn't get much simpler and you decide how you would like to adorn the top.  It's built using a cigar box (or box of your choice) as a base, and shellacing it at the end to holds it's form.

Should you decide you'd like to make one, I've listed the reformatted pattern (with the original pictures) in my shop as a Free Download.

Thanks for dropping by.
Lorrie